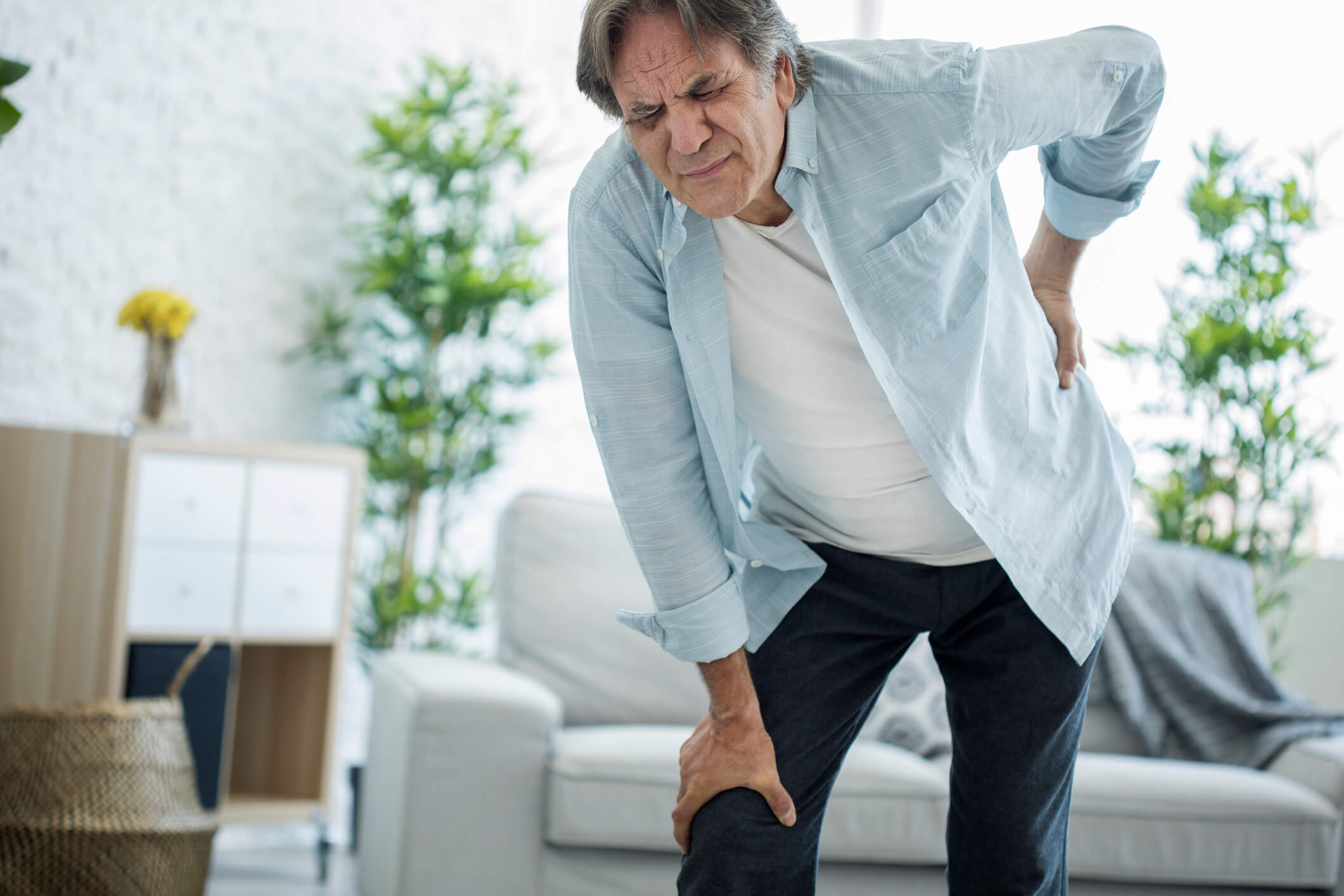 While much evidence exists proving that people who stay physically active feel better longer, the trade-off is that active adults often suffer from overuse-type injuries at a greater rate. One such overuse or age-related condition is degenerative disc disease.

While this is actually a normal condition, not an actual disease, the age-related and repetitive injury-related degeneration of spinal discs does result in painful symptoms. These discs pad and cushion the bones and nerves throughout the spinal column, so any degradation or injury to a disc can cause pain in the body.

Around 90 percent of people will suffer some type of debilitating back pain during their lifetime.

Causes can include the dehydration of a disc, which is roughly 80 percent water when we’re born and gradually dries out as we age – so the disc no longer cushions the bones or absorbs shocks as well.

Another culprit is an overuse-type injury that causes the wearing down of the disc from a person’s daily activities. This type of injury is often called a repetitive-motion injury.

What Causes Pain in a Spinal Injury?

The spinal discs themselves have two major parts: a tough outer layer called the anulus fibrosus which carries nerve endings, and the internal soft jelly-like core called the nucleus pulposus which contains proteins. These proteins can leak if the outer layer is cracked, and this can further cause irritation to those nerve endings.

A disc can also slip out of place (a “slipped disc”), and this can cause pain as the disc can press against the nerves in the spinal cord. The spine houses and protects the spinal cord, which is the nerve center of the body.

Overuse or advanced age can cause degenerative disc disease, in which a disc in the spine can slip, rupture, or dry out and crack. These can cause pain if they rub against or otherwise affect the adjacent nerves.

Symptoms of a Spinal Disorder

Common complaints of the condition are pain and tenderness in the back, which is often caused by sitting for prolonged periods. Some people report feelings of tingling, radiating pain, or muscle spasms in the back.

Patients can also experience numbness, a loss of motion, and the inability to bend or move a certain way. Disc problems can affect your ability to stand fully erect, which can cause you to hunch over – which can further aggravate the symptoms.

The biggest factor of developing the condition is a person’s age. The discs dry out and dehydrate, resulting in a loss of flexibility, elasticity, and the ability to cushion and absorb shock.

Discs also become thinner and have less mass as they dry out from aging. Other things that can influence developing degenerative disc disease include being overweight, repetitive motions at work, a sudden-impact injury, engaging in high-impact sports, and smoking (which weakens the structures of the bones).

Treatment for the condition depends on the extent and severity of symptoms. It may include physical therapy, medication, and injection therapy. Resting the area can help lessen minor symptoms, as can taking non-steroidal anti-inflammatory drugs (NSAIDs) like ibuprofen or acetaminophen.

Physical therapy can help increase circulation to the back and surrounding muscles which support the spine. The goal is to nourish tissues and joints with fresh nutrients and oxygen while carrying away destructive inflammatory compounds that may have leaked from a herniated or ruptured disc.

If you or a family member is experiencing back pain or neck pain, see an experienced orthopedist for an evaluation and fast treatment.

Call our team at Advanced Bone & Joint today at (636) 229-4222 or request a consultation online, and start feeling better sooner rather than later!

Don’t let pain keep you from what you love to do.

Call (636) 229-4222 to schedule an appointment with one of our orthopedic specialists today, or use our online appointment request form.

Find out what our doctors are up to and tune into the latest orthopedic news that matters to you.