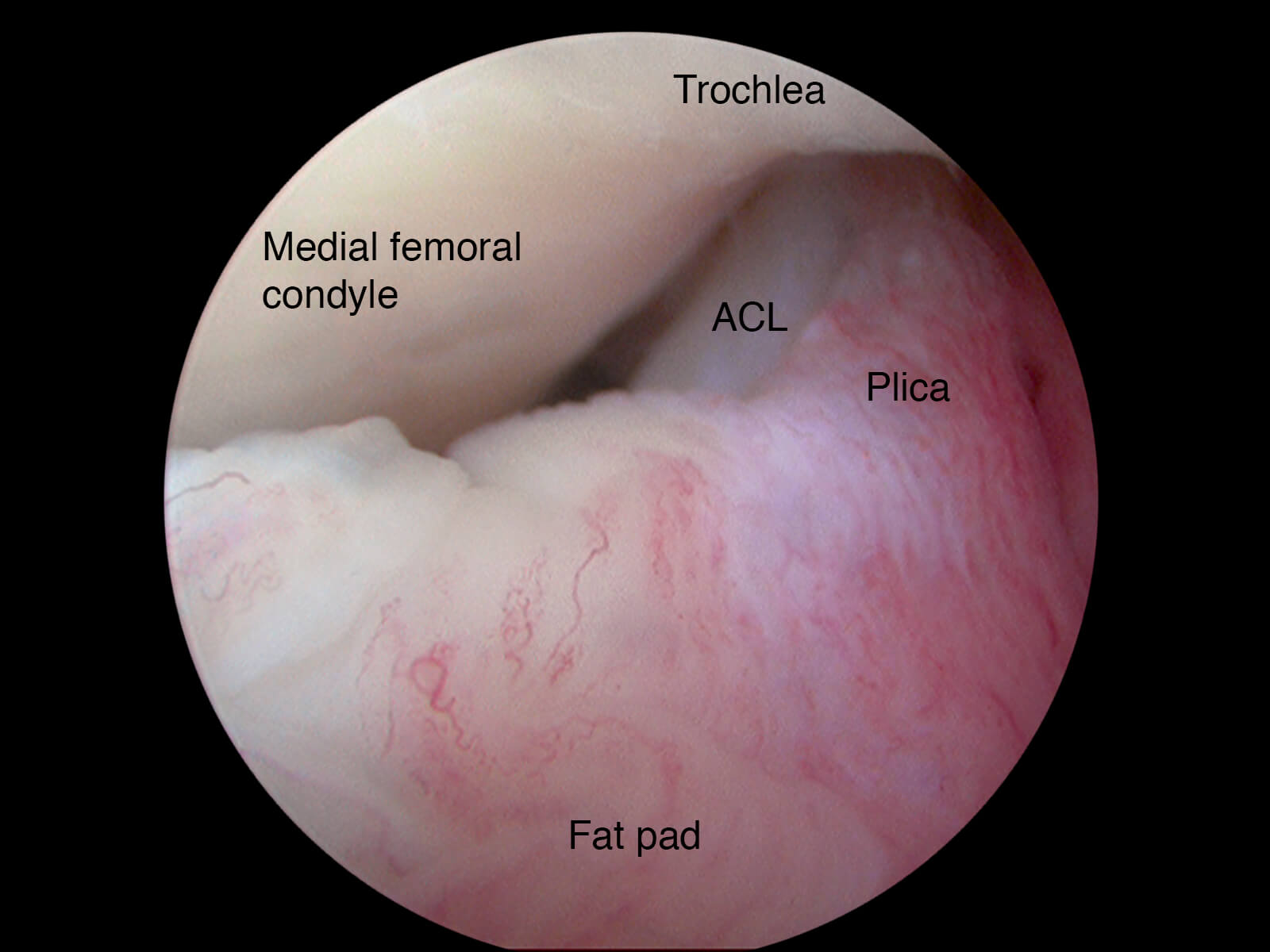 You probably know that the knee is made up of bone, ligaments, tendons, muscles, and more – but you might not readily recognize the part of the knee that is called the plica.

The plica is one of four folds in the membrane that lines the knee joint. These folds allow the bones in the knee to move without restriction. Of the four, it is the medial plica that can sometimes be an area of concern. The medial plica, running sideways, connects the bottom part of the kneecap (patella) across the side of the knee joint (toward the inner-thigh area) to the lower end of the thighbone.

Plica syndrome is when the medial plica becomes irritated and inflamed and often is the result of overuse or trauma to the knee.

Diagnosis and Treatment of Plica Syndrome

Plica syndrome requires a doctor’s diagnosis. He or she will examine the knee to determine the location of the pain you’re experiencing. If the plica tissue is swollen to the point that the doctor can feel it, the diagnosis may be simple enough. However, if the pain persists and the doctor palpates the area, but can’t feel the plica, he will order tests on the knee. An X-ray isn’t sufficient in the case of plica syndrome; images of plica won’t show. Most often, magnetic resonance imaging (MRI) or computed tomography (CT) scans are called for.

Over-the-counter, anti-inflammatory medications will reduce the swelling associated with the condition. Additionally, cold packs on the knee will also help to reduce inflammation and relieve pain or discomfort.

If those efforts don’t resolve your symptoms, a cortisone injection directly into the knee joint or the plica may be recommended. The positive effects of a cortisone shot can last for several months – and sometimes that’s enough to break the cycle of pain and inflammation in the area.

In a small number of cases, arthroscopic surgery may be suggested. During this procedure, a surgeon will remove the plica through one of two incisions made in the area of the affected knee, using a tiny camera (arthroscope) to guide the process. Physical therapy may be recommended after the surgery.

Most people who’ve been diagnosed with plica syndrome get better over time, and without having to resort to surgery.

If you think you may have plica syndrome, follow up with your health professional. He or she may suggest the best methods for you to reduce inflammation.

The friendly doctors and staff at Advanced Bone & Joint in St. Charles County, Missouri, have been diagnosing and treating a wide variety of orthopedic conditions, including plica syndrome, for decades. Call us at (636) 229-4222 to make an appointment and put your mind at ease. You can also use our convenient request an appointment online form.

Don’t let pain keep you from what you love to do.

Call (636) 229-4222 to schedule an appointment with one of our orthopedic specialists today, or use our online appointment request form.

Find out what our doctors are up to and tune into the latest orthopedic news that matters to you.